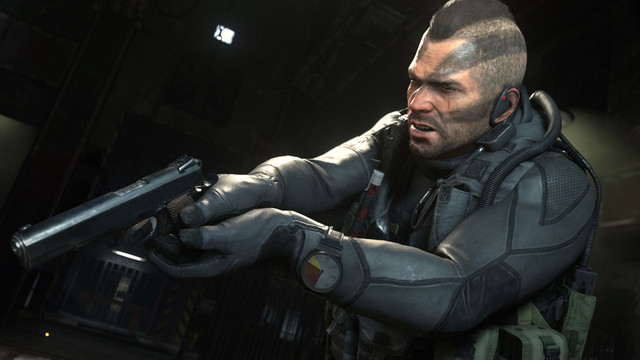 Call of Duty Modern Warfare 2 was developed by Infinity ward back in 2009, now it was remastered by Beenox. Those were the golden days of Call of Duty, and this specific game is hailed a masterpiece by various critics. With a good campaign, characters and an amazing storyline, it became one of the most memorable experiences for life.

Though there might be those who have never played it before, this remaster has got everything you need in a game. The story was already fantastic, now the graphics have also been made up to date. So, this game is definitely a go.

Well, in COD MW2, you play as Roach Sanderson. Starting from the basic training to saving the whole world, you stay alongside your team. There’s Ghost in the team, a loved character in MW2. The game puts you through adventurous situations and the emotional journey continues throughout the game as you develop sincerity with your teammates and move on.

Items from Call of Duty Warzone

This modern warfare remastered has a few local items that are common in call of duty Modern warfare 2 remastered & Call of Duty Warzone. They are listed below, How many of these do you recognize? Let us know in the comments 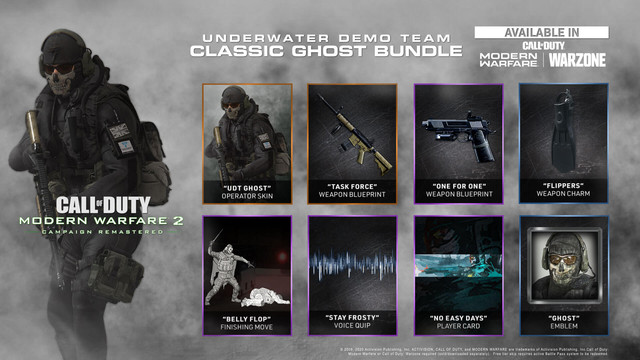 Where to Get Call of Duty Modern Warfare 2 Remastered?

For now, it’s just available to buy on the PS4 store. However, it can be pre-ordered on other platforms as well.

If you buy it on the PS4 store right now, or Pre-order it on other platforms, you’ll also get COD spec ops and Multiplayer mode for free. However, later on, the purchase will just include the Remastered campaign. Not the Spec ops or Multiplayer Mode.

A remake of the console versions of SpongeBob SquarePants: Battle for Bikini Bottom, called Rehydrated, just got it's trailer and release date revealed

Since Call of Duty Modern Warfare 2 Remastered only came with the campaign, and not the classic multiplayer experience, modder Gunoftruth and his team decided to take matters into their own hands

New World is an upcoming role-playing video game by Amazon Game Studios. With closed beta testing to being soon, the release date is not far away

Resident Evil 3 Remake, remake of a classic survival horror game & a follow up to the RE 2 remake, a good but still not great remake. here are the details

What we know about Overwatch 2 so far

Valorant Patch 2.08 is live and brings with it a new map!