Insurgency: Sandstorm, that good shooter everyone forgot about.

What is Insurgency: Sandstorm?

Insurgency: Sandstorm is an excellent multiplayer shooter that successfully avoids the common pitfalls of military simulation, but still manages to deliver an immersive, at times disturbing, sense of realism to its modern, Middle Eastern setting.

Its arsenal consists of some of the best-realized firearms in any video game to date thanks to stellar sound design, punchy animations, and obsessive attention to detail. Elsewhere, though, things aren't quite as glamorous: I found most of its maps to fall into the “just okay” category due in part to poorly defined restricted areas that, on top of being annoying to encounter, are easily exploited.

Still, Insurgency: Sandstorm punches well above its weight, offering phenomenal gunplay that shows up much of its big-budget competition.

If ever there was an example of outstanding FPS gunplay, Insurgency: Sandstorm is surely it. That surprisingly elusive feeling isn’t a result of any one factor but rather a marriage of several. To boil it down: pronounced but manageable recoil, a near-instantaneous time to kill, percussive sound, impactful graphics, and an obsessive understanding of firearms come together to make SMGs, LMGs, shotguns, and especially assault rifles feel truly special.

The gunplay that stands out from the crowd

The effect that all this realistic weaponry has on the battlefield is downright scary. If you’re looking to walk away from your modern military FPS with mild tinnitus then Sandstorm on a pair quality headphones is a good place to start.

Bullets produce a loud snap when whizzing by, and a burst of automatic gunfire against a nearby metal surface is almost deafening. I’ve never been in combat, but this seems to be a much more realistic representation than we typically see in games. 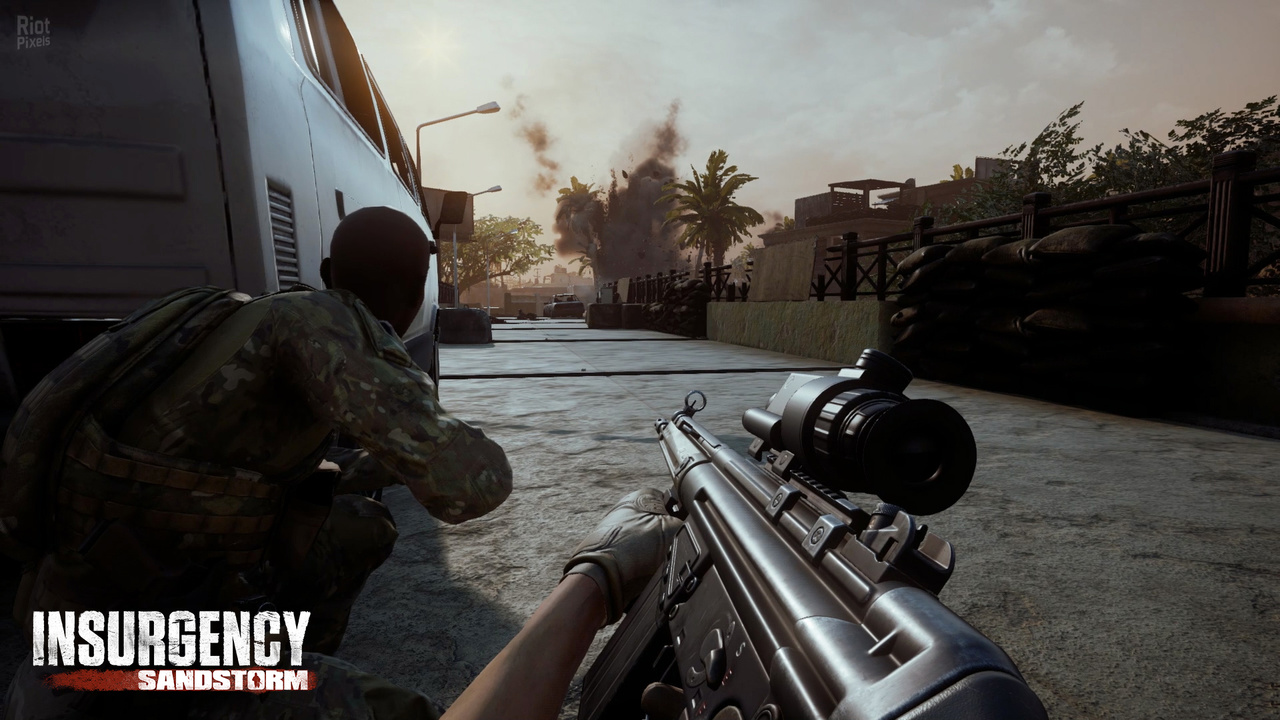 The most disturbing sounds, though, come in the form of determined, blood-spewing coughs and the labored, wailing death rattles produced by both your enemies and allies. These touches are intense, and I wouldn’t blame if you find them to be in poor taste.

The non-competitive versus playlist contains two modes that support up to 32 players: Push, Skirmish, and Firefight which supports up to 12. All three are enjoyable in their own right and offer sufficiently unique experiences, but Firefight stands well above the rest. The objective is deceptively simple: kill everyone on the other team or take all three uncontested capture points, whichever comes first. 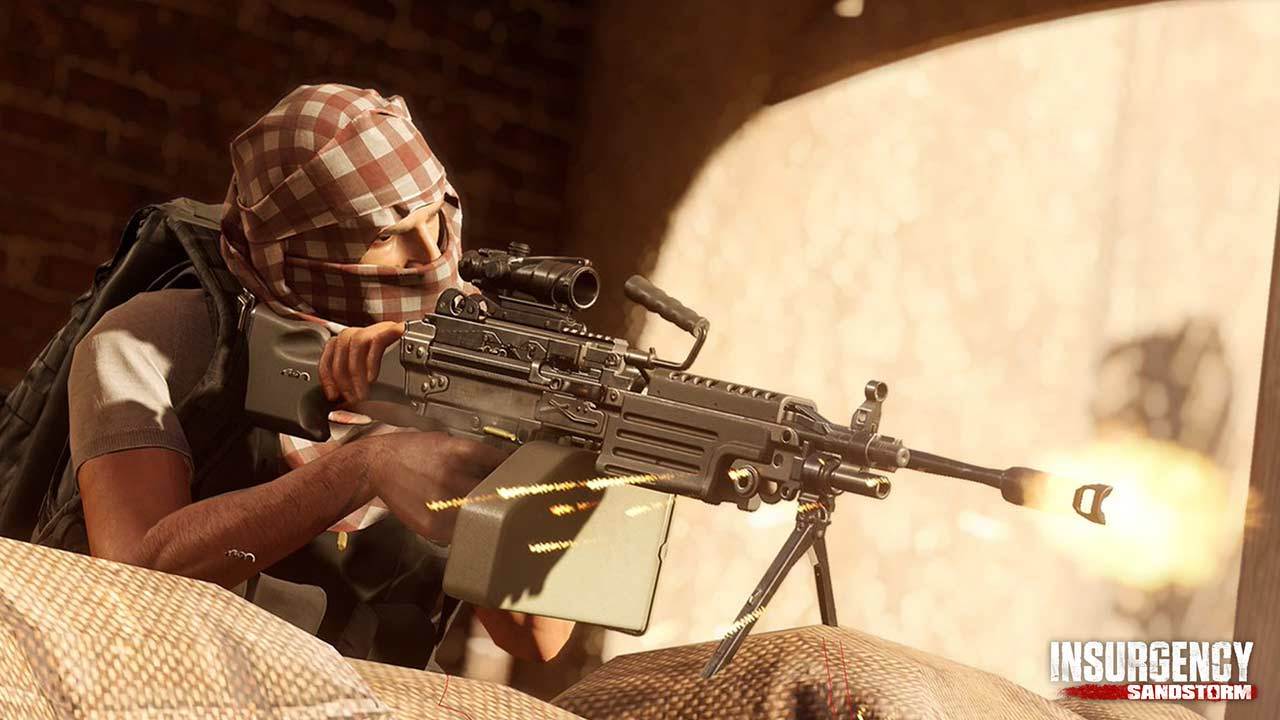 The catch is that because dead players can only respawn if their team takes an objective, the ensuing high-stakes strategy makes each match enjoyable and replayable. The tension is similar to that felt in Counter-Strike’s Bomb Defusal or Hostage Rescue, but with the chance for redemption after death. The six maps are at their best in this small-scale setting, but even here the unintuitive boundaries managed to frustrate me ever so often.

Insurgency: Sandstorm isn’t the prettiest shooter of 2018, but the places where it excels are the places that matter to me most as a player. Its gunplay is superb, its arsenal is exemplary, and (with the exception of the excellent Firefight) the maps and modes are serviceable enough to facilitate its memorably frantic and immersive FPS combat. I can’t wait to see where it goes in the future, but even as it stands now Insurgency: Sandstorm is a pleasant surprise that’s worthy of your time.

Death Stranding is a an action game by Kojima Productions and it just got its PC system requirements released by the publisher, take a look at them below

Free Download Open World games 2022, open-world games are an excellent investment because they are made to surprise you around every turn. They are typically created with a single primary plot.

Hi Rez has revealed a gameplay trailer of it's newest title along and here's what you should look out for if you plan on getting into the game.

Ranking the best and top Assassin's Creed games is harder than finding a hundred feathers in Renaissance Italy, but we've somehow managed both.