Ben 10 has been around for years, and not just on the small screen. The first Ben 10 game – Protector of Earth – was on the PlayStation 2 and Nintendo DS, thirteen years ago.

Congratulations, Ben Tennyson – for a kid you are OLD. There’s clearly still an audience for the little shapeshifter, though, as the latest volume of the TV series was out this year, taking it up to its fifteenth.

The latest Ben 10 game is that old TV trope – the European road trip (and thus the ‘Trip’ in the game’s title). You, Gwen and Grandpa Max are out in the camper van, taking in the sights of – what seems to be – the Alps regions of Germany. This is very much a Cartoon Network, Americanised take on the area, as the first park ranger you encounter has an Australian accent. Everyone else varies wildly from Lederhosen-wearing lumberjacks to people with full-blown American accents. A documentary this is not. 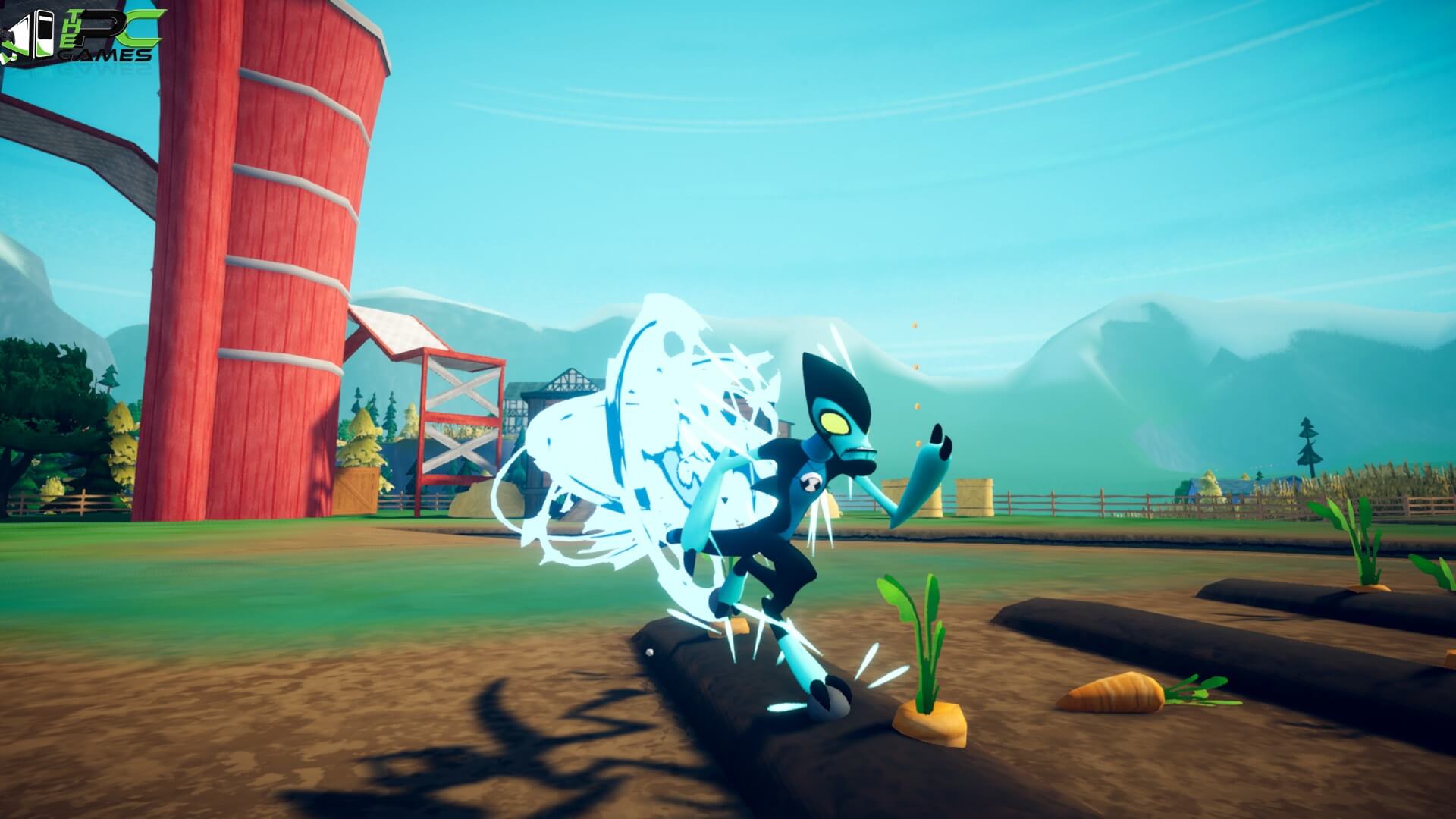 The story begins with Ben, Gwen and their Grandpa Max taking a vacation through Europe, but their trip is quickly interrupted by the appearance of Hex, one of Ben’s alien nemeses.

Hex somehow disables Ben’s ability to transform into different aliens and scatters their DNA samples across the region, thus forcing Ben to recover them so he can put a stop to Hex’s evil plan. 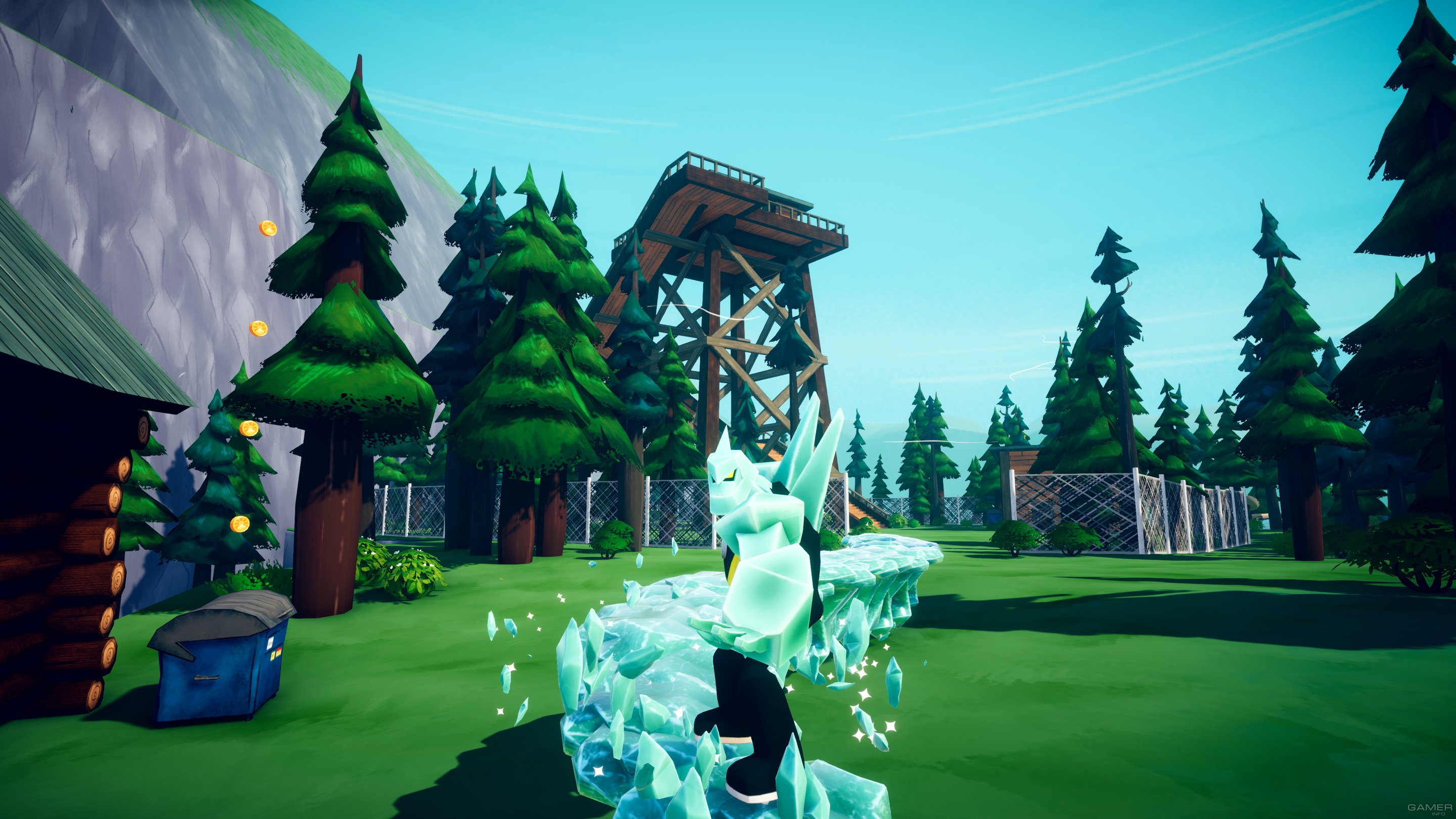 Those of you hoping that Ben 10: Power Trip! would display some of the more mature, complex storytelling that the TV shows have been acclaimed for will be left wanting, as the plot in this release feels akin to a throwaway ‘bottle episode’ without much depth.

This isn’t strictly a bad thing, but considering the narrative potential that a new Ben 10 video game could possess, it feels a bit too lacklustre.

Gameplay takes the shape of an open-world action game with heavy platforming elements. As you explore the landscape, various NPCs will have quests and problems that can only be solved by Ben, the completion of which will reward him with money and upgrades for his combat abilities.

Typically, these quests are designed around cliché RPG tropes, with fetch quests and extermination missions being the norm. Case in point, in our first hour of playing, there were two quests within a few minutes of each other that required Ben to find somebody’s lost cat. 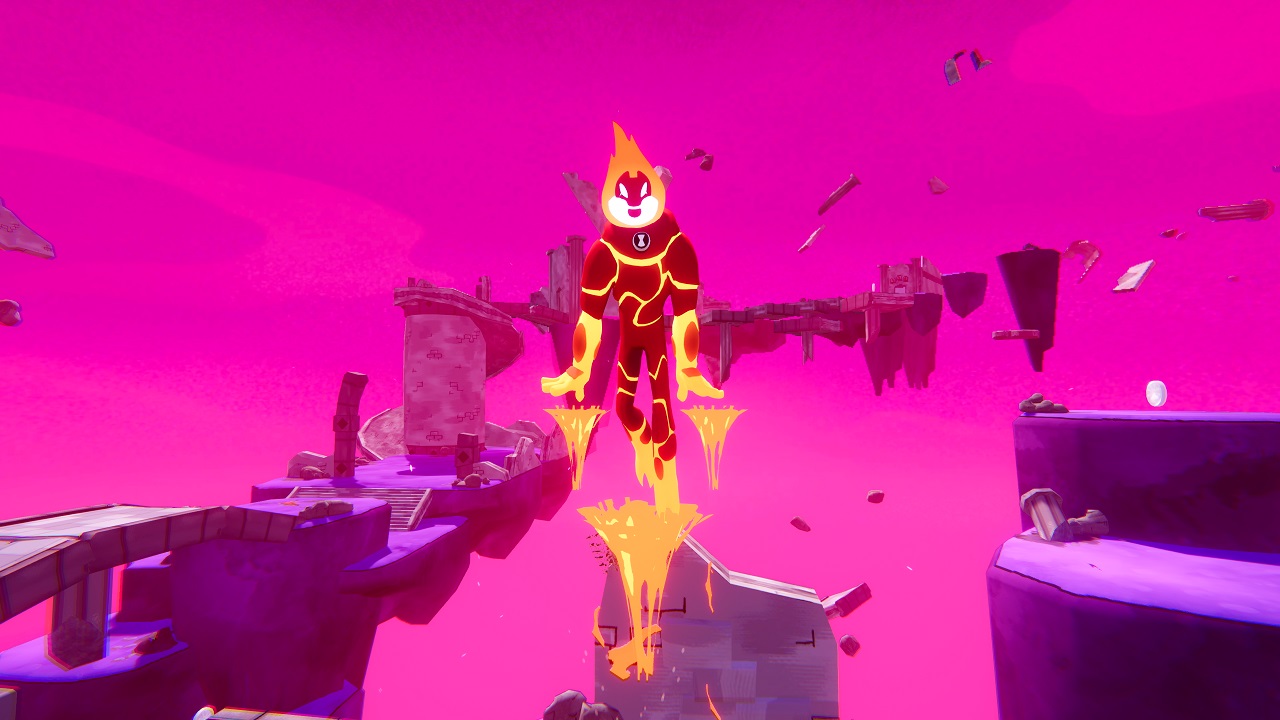 Other varieties included using Heatblast to get rid of a handful of mildly inconvenient snowdrifts in a snowy town, retrieving several bundles of firewood for Grandpa Max and infiltrating the main villain’s hotel room by entering an easily accessed window.

Still, however inane the task may be, the simple loop of completing basic tasks in exchange for a small reward remains strong here, and it’s legitimately fun for a time to just go through the motions and clear out areas.

Though the quest objectives themselves aren’t all too fascinating, the monotonous activities are held together by the surprisingly enjoyable controls. Ben has a handful of aliens that he slowly unlocks and each one has a unique move set with application in both exploration and combat settings.

It’s difficult to score a release such as Ben 10: Power Trip!, as it belongs to a unique class of games that are known for being half-baked and it’s primarily marketed towards children. As far as tie-in games go, Ben 10: Power Trip! is pretty decent. The character variety makes for some nicely varied control styles, while the open-world design allows for a strong gameplay loop centred around chasing quest.

Here's a list of the top 10 best interactive story games for pc in 2021. These are the best received interactive games of the past decade.

Top 10 Zombie Shooters You Should Play atleast once

This list is dedicated to presenting you with the best zombie games regardless of genre and sure, many of them could be classified as horror

Be it Baldur's Gate or Fallout, isometric RPGs represent the role-playing genre at its best. Here are the best isometric RPGs, ranked.