Grand Theft Auto V is not only a preposterously enjoyable video game but also an intelligent wickedly comic and bitingly relevant commentary on contemporary America. Set mostly within the glitzily superficial city of Los Santos, a warped mirror of Los Angeles is a sprawling tale of criminal maniacs self-destructing on a blood-splattered career trajectory to hell.

The result is a freewheeling joyride through genre cinema and literature: there are psychopathic mafia bosses, insane motorcycle gangs, xenophobically sketched triads, corrupt secret agents, and cynical movie producers — their stories twist and interconnect, slithering around the lives of our protagonists.

What GTA V has to offer?

Set in Los Santos, the fictional version of LA previously featured in GTA: San Andreas, the game sees the trio of criminals taking on increasingly risky missions with increasingly lucrative payouts. The story eventually takes a turn for the epic and somewhat outlandish, touching on everything from terrorism to government conspiracies.

GTA V covers a lot of territory over its lengthy run time, but Rockstar manages to make everything feel connected within the game’s twisted reality. But it’s the different characters, and the fact that you can experience the game from their perspective, that breathes life into what could have easily been a cliché, the departed-inspired story.

Michael is the middle-aged thug, obsessed with movies, who pulled a witness protection deal with the feds after a failed heist many years ago. When his old partner Trevor, a sociopath who bakes meth out in the desert, turns up in town.

The two join forces with a young black kid, Franklin, who’s set on leaving his gang-infested neighbourhood behind. The aim is a few final high-paying jobs, but there’s a festering resentment between Trevor and Michael that goes back a long way, a fizzing fuse that trails through the carnage.

GTA V is quite a large game, where a player can spend countless hours exploring all its secrets, Easter Eggs, and many fascinating characters spread across a giant map. The story alone can take up a massive amount of time to complete while finishing the story missions along with side missions can increase playtime significantly.

However, the true way to experience GTA V is to explore as much of it as you can, and complete all the side missions, as the game is significantly more immersive and entertaining that way.

The best content in GTA remains the heists. You'll need three other players to truly get the best out of them, but they essentially work like GTA singleplayer missions, except each of the four players gets a specific task to perform in a mission. You might be tasked with stealing a package, while a couple of other players are waiting on a nearby rooftop with a sniper rifle.

After completing a string of setup missions, you get to pull off one big score together – netting yourself a whole wad of cash, particularly if you're playing these through for the first time.

Heists are the ultimate team-building exercises, and give every player a moment to shine, whether it's arriving at the last minute to fend off cops in a military helicopter, or parachuting onto a beach in the closing moments of a mission. I've played through them a few times now, and it's a treat to take new players through each one.

Acknowledging that heists remain the most compelling content in GTA, Rockstar has subsequently added three more over the past few years: the Doomsday Heist, the Diamond Casino Heist and the Cayo Perico Heist.

GTA Online is also extremely confusing if you're a new player. On paper, it's the dream of all GTA games realized in an online space – up to 30 players share a server, roam Los Santos, and can hijack cars and murder each other at will.

What it often amounts to is a griefing simulator, as you try and earn money by completing tasks around the map, before a total bastard in a flying motorcycle blows you up before the job is done. This happens all the time.  You never know when someone might hack the game and, say, drop a submarine into the middle of a Californian highway. 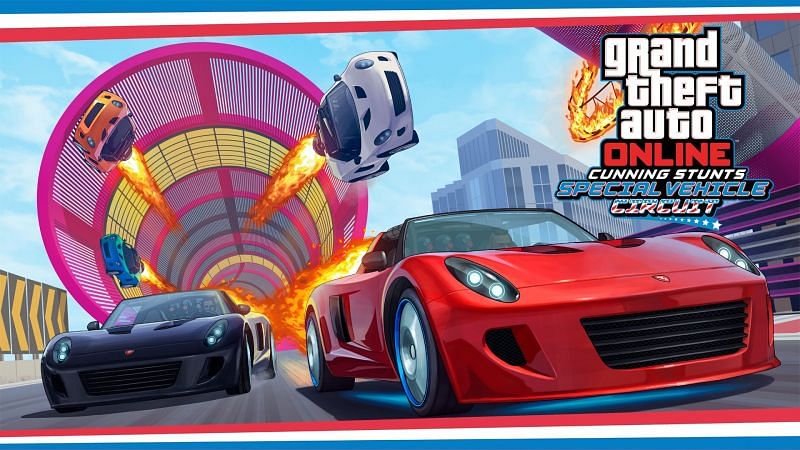 GTA Online is so old, so popular and so overloaded with different types of content that I often wonder if anyone but devoted YouTubers truly understand it. After all these hours playing it, however, I now get how to make quick money at any time, and how to actually have fun with friends when I want to. I've gone from being unsure about GTA Online to enjoying it a lot, and then back again. Right now, I'm semi-permanently between those two. But, yeah, GTA Online is good, I guess.

Using cheats like aimbot and wallhacks are a common trope in any shooter tournament, and the Valorant TGS Signature Series was no stranger to this fact

Hi Rez has revealed a gameplay trailer of it's newest title along and here's what you should look out for if you plan on getting into the game.

We've searched high and low for the absolute best offline games for PC gamers, making sure you can still get a game in even if you can't get online