Why you should play Mortal Kombat 11

Mortal Kombat 11 is familiar. I say that largely as a compliment. It’s nostalgic, pulpy, and mercifully self-aware. Combat is punchy, responsive, and engaging. It might be one of the best onboarding platforms for fighting game newcomers. Though it’s weighed down by a stifling stack of feature creep and currencies, the core of Mortal Kombat is thriving in its eleventh installment.

The Story of Mortal Kombat 11

Mortal Kombat 11 is the resolution of the ongoing story threads stemming out from 2011’s Mortal Kombat, aka Mortal Kombat 9, which rebooted the franchise. In that game, Raiden altered the doomed timeline, which had ripple effects throughout the MK universe.

Now, years later, as Raiden turns from peaceful defender to preemptive aggressor, Kronika, the keeper of time, has decided to step in and correct things with one simple change: a do-over of all history without Raiden.

Despite being above even the Elder Gods, Kronika still needs lackeys to do her bidding, so she opens tears in time to bring forward the cast of Mortal Kombat 2. All the retro characters get a splash of modern redesign while keeping their original vibe.

The story takes pleasure in forcing its stars to interact across the generational gap. The mashup of past and present makes for fun moments between characters, and a lot of “wait, what?” takes as past fighters learn of what’s to come for them.

The tale excels with smaller moments, too. There are genuinely poignant story beats, like an early death of a character and Jax coping with lingering scars from his time as an evil revenant. Liu Kang and Raiden still drive the story, but Cassie Cage, Kitana, and Scorpion all have compelling threads to follow. NetherRealm has led the charge of storytelling in fighting games, and with a blend of campy fun, strong cutscene work, and seamless transitions into fights, MK11 keeps the bar high. 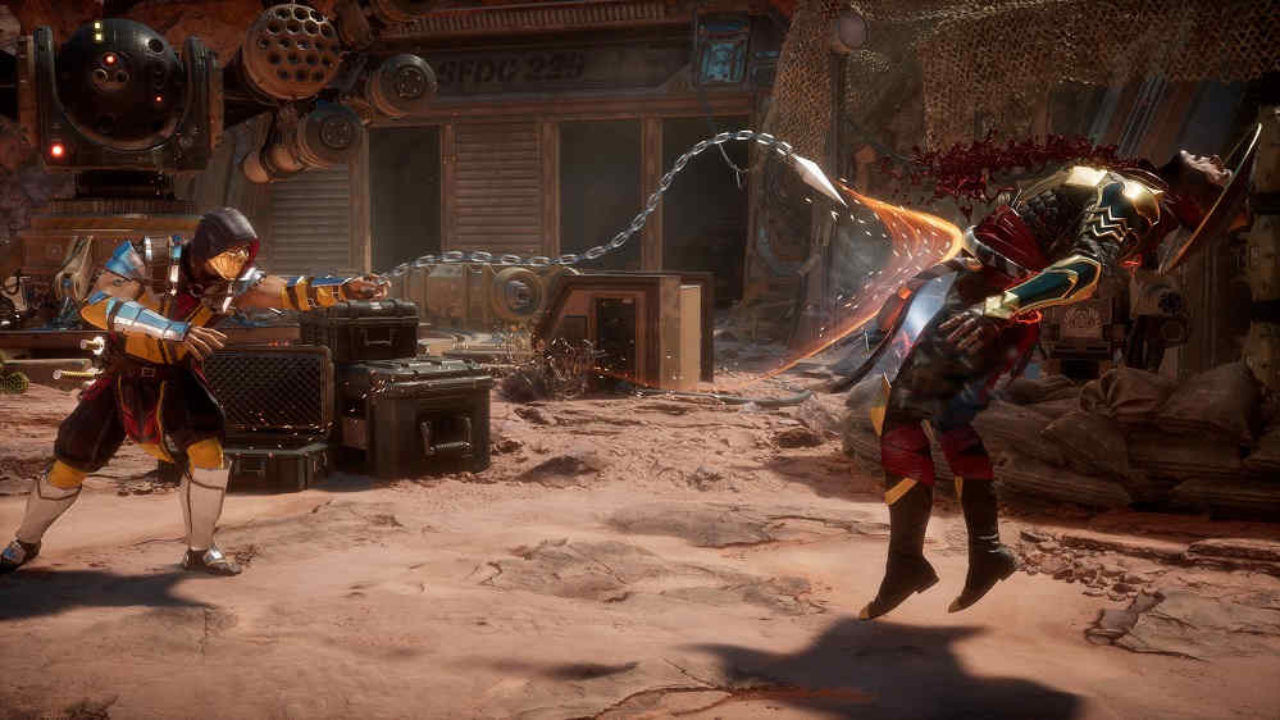 The Gameplay and Nostalgia

The fighting itself will feel familiar to anyone with Kombat experience. A lot of returning faces means fan favorites are here, with a few new folks to add some variety. Geras is a time-bending brawler who has some cool potential for timer-related antics, Cetrion brings some nature-based power, and the Kollector is so weird that I’m excited to see what players can do with his bizarre move list.

Joining them are longtime favorites like Liu Kang and Johnny Cage, in both their modern and retro versions. And of course returning are fatalities, arguably the trademark of Mortal Kombat.

While Mortal Kombat X’s fatalities mostly varied from tediously gruesome to disturbing revelry, Mortal Kombat 11 brings back some of that early MK pulp spirit. Yes, there are still enough blood and guts to more than justify that M rating, but the kills feel more thematic and sometimes even comical. Cassie Cage crotch-kicks the spine out of foes, D’Vorah does some real body-horror finishers, and Jax makes good use of his robotic biceps.

Johnny Cage’s finishers especially stand out, as each one manages to be both gruesome and fourth-wall-breaking, reminiscent of classic Mortal Kombat while still feeling modern.

Whether you’re a longtime fan or just looking for a story mode to grind, or even just interested in learning a little more about fighting games outside of simply mashing the buttons, there is something for everyone in Mortal Kombat 11 — or at least, everyone who can stomach the extreme violence and gore.

These games have often been the safest buy for casual fighting game aficionados, and NetherRealm has knowingly played to its strengths while making smart, effective changes.

Resident Evil 2 remake - The award winning remake of the classic

Resident Evil 2 remake, the remake of the classic Resident Evil 2, stuck in the minds of players & critics as it premiered, here's how it did that

Life is Strange 2 Free Trial is out!

The fourth edition of the wacky sandbox series, Just Cause 4 is free for players to claim on the epic games store

Ghost of Tsushima A Storm is Coming Trailer Released

The pre-rendered trailer helps set the tone for protagonist Jin and his journey, showing you the island of Tsushima before war washed up on its shores.